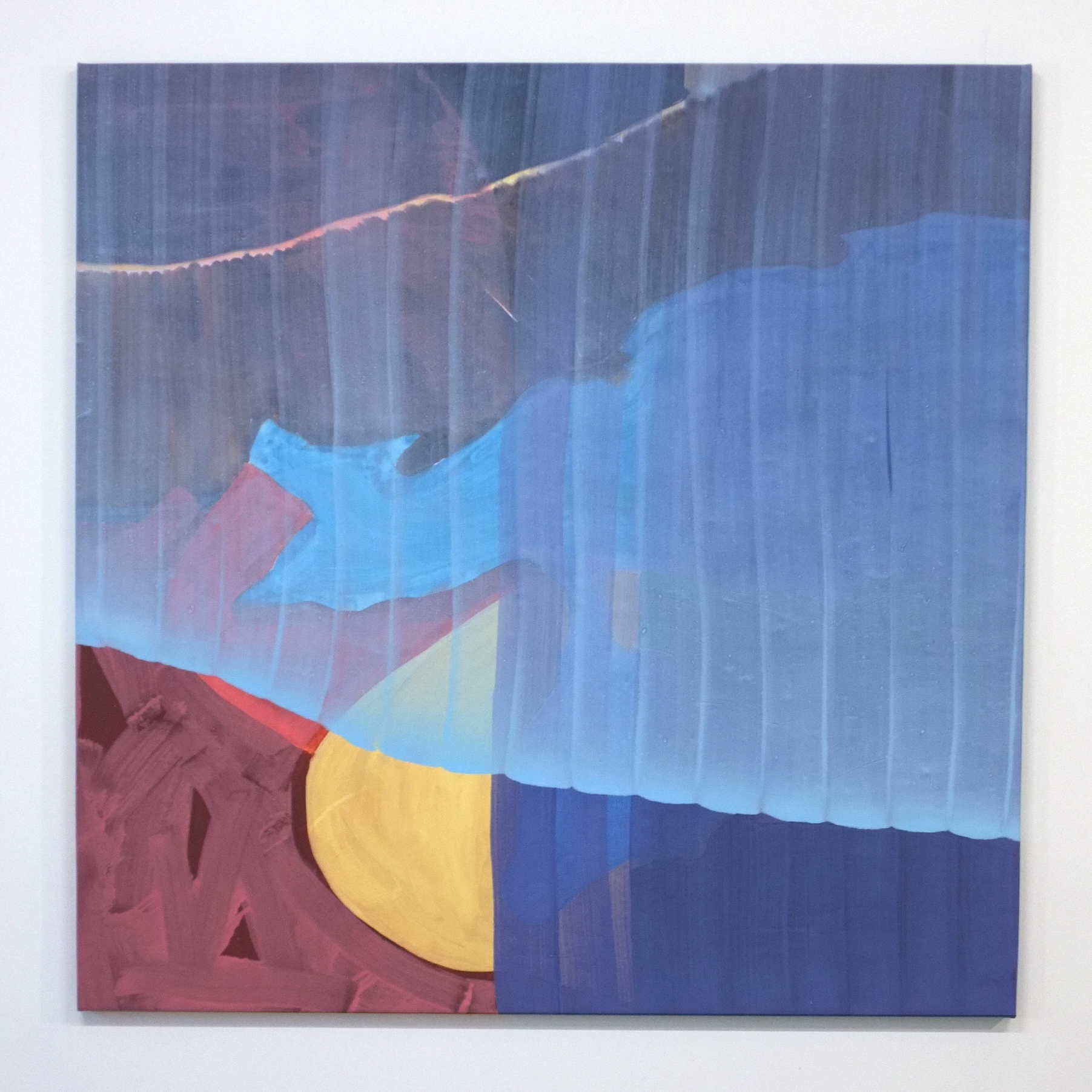 The works explore the differences in how we navigate, both physically and imaginatively, three distinct realms: walking through a landscape, the pictorial space of a painting and the space of written language. I focus on the intersections between our internal and external environments, and in our very personal notions of a sense of place. I am interested in the interplay between writing and painting and have developed a process in which I both write in relation to the paintings, and paint in relation to the writings. I seek out open environments, solitary places where the weather is palpable, and it is these places in particular that seep into the works. The paintings play with abstraction, hovering between the real and imagined. A blue mark will become a puddle, a pool and then the sea. A brushstroke that started off as a mountain becomes a rock. Scale slips and slides and places form and dissolve and then reform again as somewhere new altogether. The places stay as fluid as the paint.

Rhiannon Inman-Simpson (b. 1989, London) is based in Bergen. She completed her MFA at Bergen Academy of Art and Design in 2016 and has previously studied at The Glasgow School of Art (2009 - 2011), Camberwell College of Arts (UAL) London (2007 - 2009) and Emily Carr University of Art and Design, Vancouver (2010). She is currently participating in the Turps Banana Art School (London) correspondence course.